You might not have noticed that earlier this year, Google changed the way paid ads are shown in search results. We used to be able to spot them in a big, bright yellow box at the top of the page, labelled with green text that said ‘Ad’. But slowly, over the past few years, the colors and styles that made ads stand out have disappeared almost completely. This opens a larger conversation about “dark patterns” – design techniques that companies like Google and Facebook use to trick users into benefitting the companies. Are you actually seeing the results you searched for, or the ones that will make Google more profit? 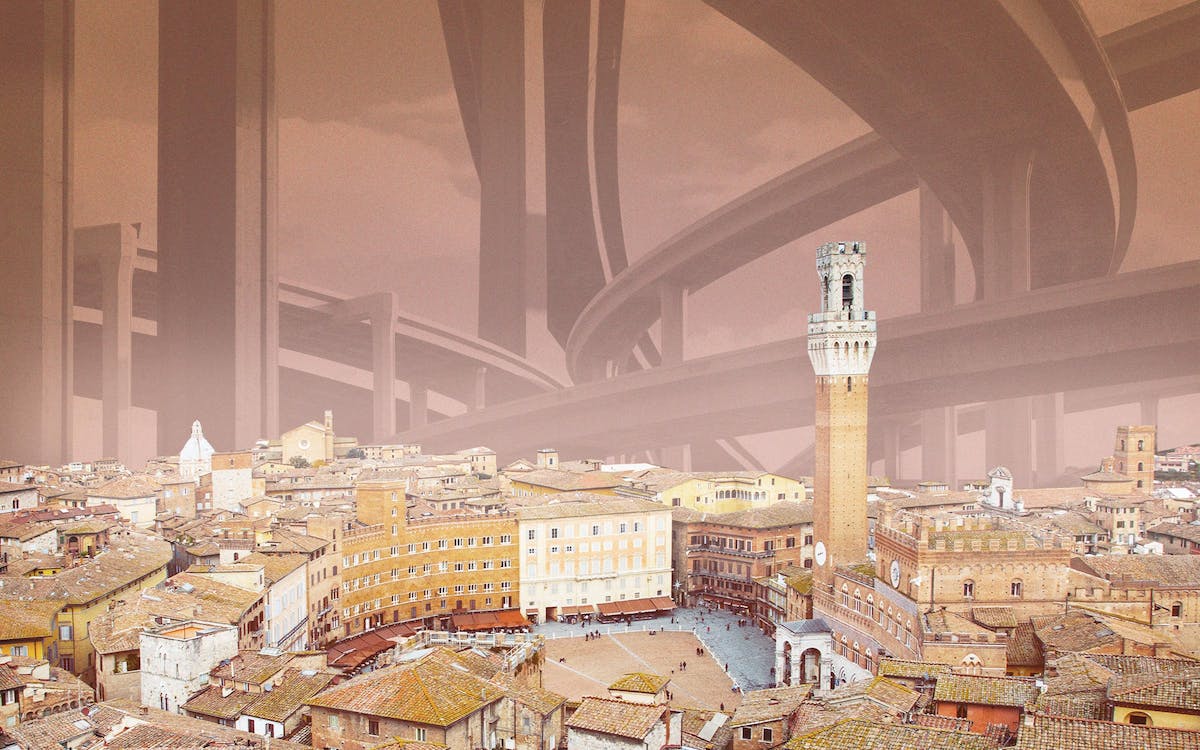 An intriguing story about how the city center of Sienna, Italy, home to 30,000 residents, is the same size as a highway interchange in Houston, Texas. Of course, Sienna and Houston could not be more different – Sienna is hundreds of years old, while Houston was founded in 1836. As the story notes, Houston’s suburban sprawl was specifically due to Cold War tensions, but the trend seems to have stuck for most American cities that continue to build 5-layer interchanges for 8-lane highways. The polar comparison between Sienna and Houston shows how we have gone from designing cities around people to designing around cars, and yet we still seem to be stuck in traffic all the time.

A professor at Texas A&M has been charged with conspiracy and fraud. Zhengdong Cheng, an engineering professor and NASA researcher, allegedly hid his affiliations and collaborations with universities and companies based in China, even though the conditions of his grant prohibited any such affiliations. The criminal complaint says Cheng was trying to leverage NASA grants to help Chinese universities and get access to the resources on the ISS. This arrest follows the arrest of Charles Lieber from Harvard almost two months ago, on much of the same allegations.